Need an easy snack that your kids will love that also has some nutritional value to it? Look no further – an easy recipe that will satisfy that salty craving all while eating your greens! It’s a win-win situation! 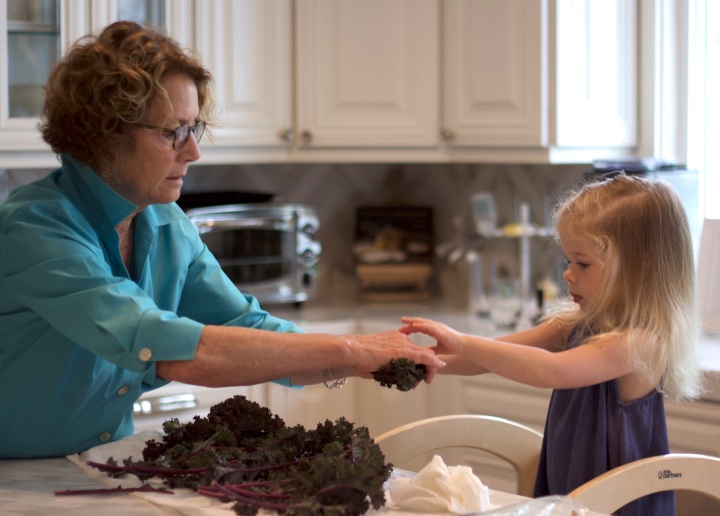 The cub began by helping strip the kale from the stems. 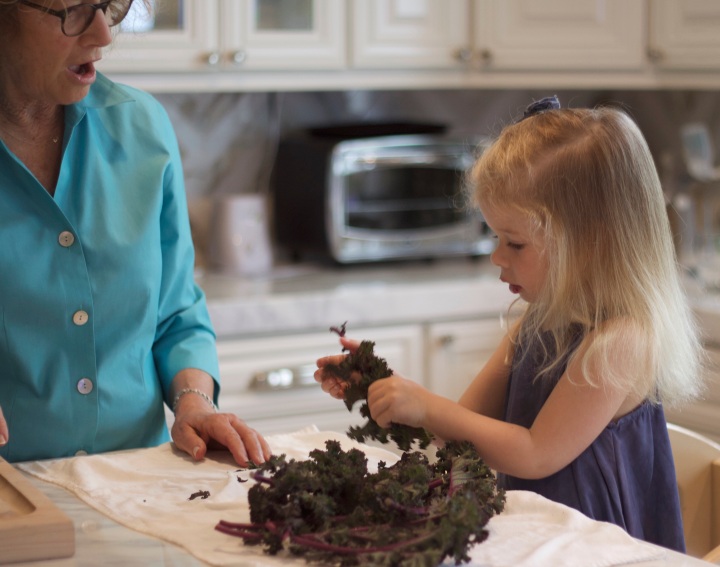 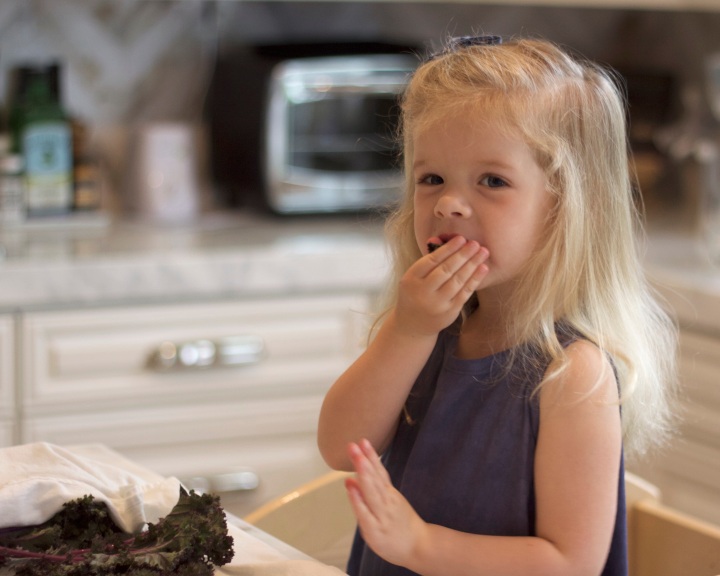 Once all the kale had been stripped, the cub stopped for a snack. Raw kale for the win! 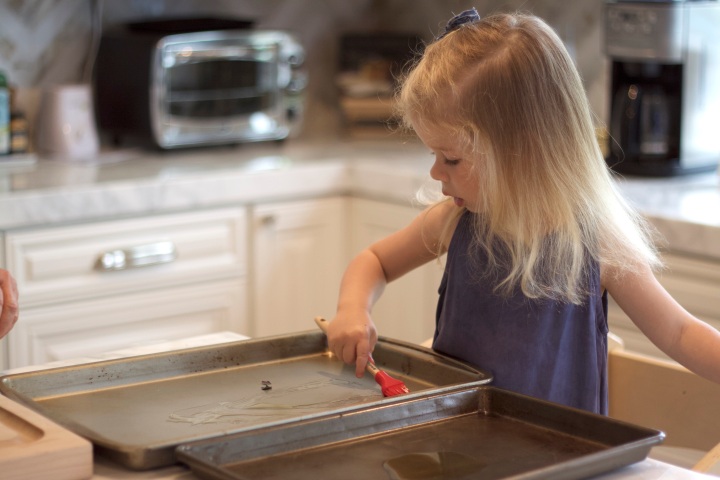 Next up, the cub oils the baking sheets. 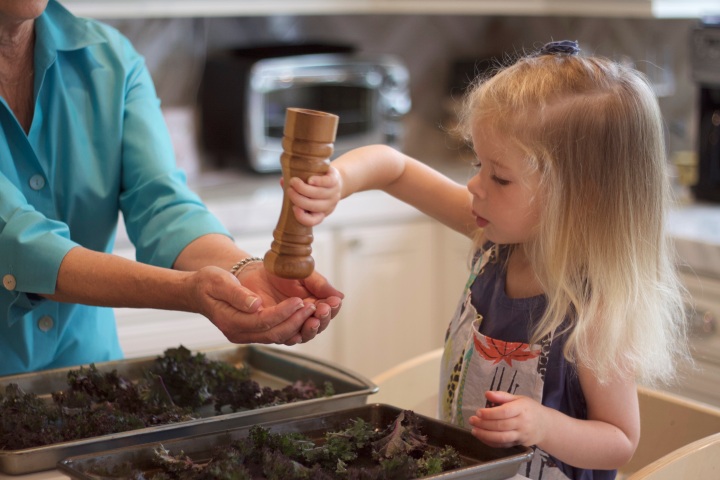 And tosses the kale in the oil and adds some salt for flavor. 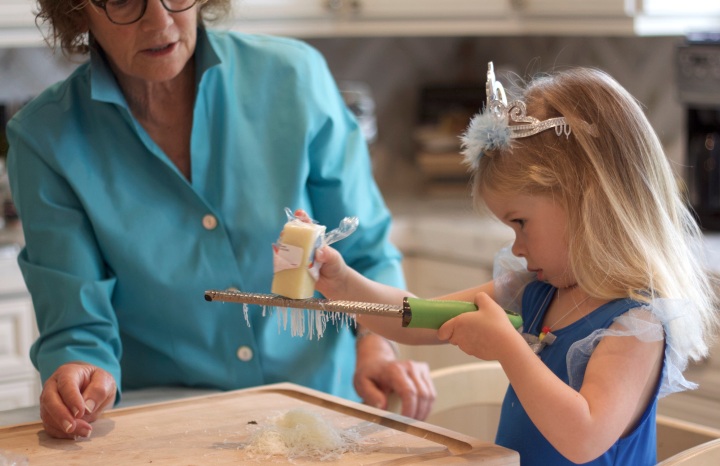 While the kale bakes in the oven, the cub gets to work prepping the toppings. Popcorn wouldn’t be complete without a little cheese!  Yes, this task necessitated a princess and some help from Grandma!

After the kale was cooled, the cub crushed the chips into small pieces. 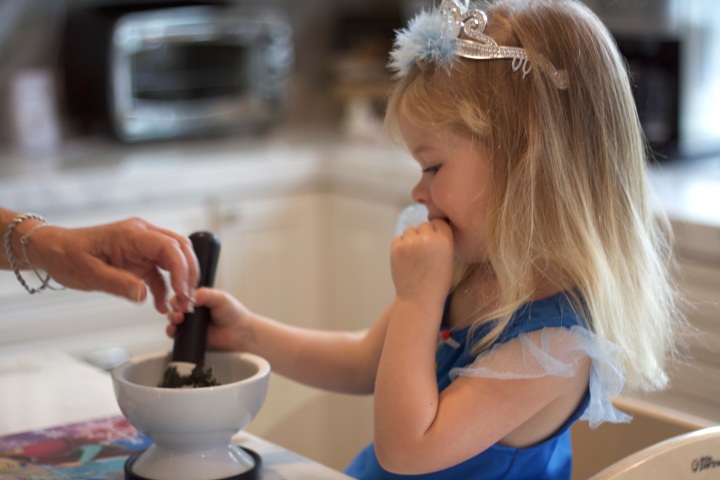 But she needs to taste them first to make sure they are just right! Delicious! 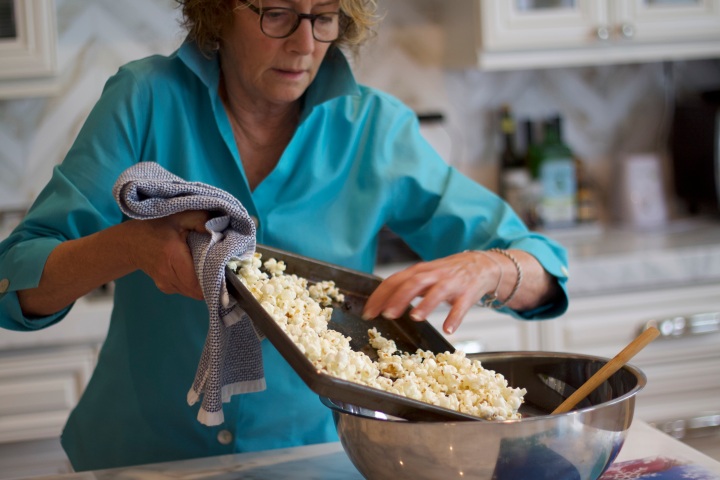 Once all the kale has been crushed, Grandma DiDi adds the popcorn to the mixture. We used pre popped popcorn from the store, but you can make your own if you prefer.

The cub stirs it up so that all the popped kernels are covered.

Grandma DiDi does the final toss!